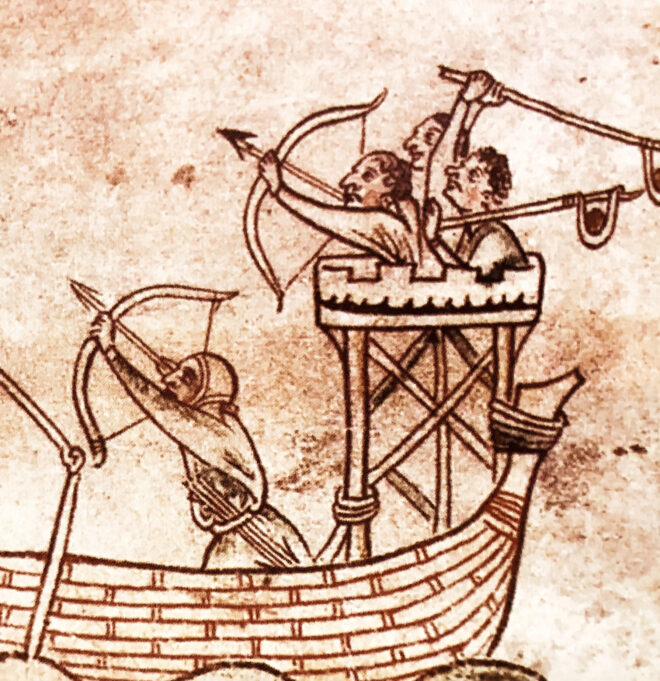 There is a considerable research gap in both maritime and military history concerning the naval use of bowmen. For over three millennia — spanning from the ancient Egyptians until around the year AD 1600 — archery was a key component in maritime combat.

The study ”Maritime military archery: Bowmen on European warships, 1000–1600” tries to initiate a larger scientific interest in this extensive field of history.

Written by researchers Henrik Arnstad and Abigail Christine Parkes, the study concludes that archery had a profound impact upon war at sea for thousands of years:

In the sixteenth century, naval bowmen were still as tactically flexible, efficient and deadly as they had been for over 3,000 years.

Furthermore, we can see that, even though the longbow is famously associated with the English army, this weapon was neither exclusive to England nor to land warfare. Naval archery was a transnational weapon system, and bowmen may in fact have been even more effective at sea than on land.

Additionally, archery had a profound impact on naval combat and ship design, with stern- and forecastles being added originally as platforms for bowmen.

However, as the study shows, archery was often the key component in military engagements at sea, long after the middle ages ended.

The study contains the following chapters:

Naval archery ended abruptly around the year 1600, after three thousand years. But the use of warbows lives on in modern military language.

For example in words such as ‘marksman’ (shooting ‘at a mark’ being a form of military archery practice developed in the fifteenth century), but also at sea, where the order to ‘shoot’ is still often used as a firing command.

The continued use of archery-related language shows the long-lasting impact maritime archery has had.

It is baffling to think that despite this the naval archer has been forgotten. There are thousands of years of maritime military archery around the world which warrant further study.

Bows and arrows were known in six of the seven continents and taking them to sea was similarly widespread.

For more information regarding the study ”Maritime Military Archer”, send an email to henrik@tricorder.se.

The book ”Facing the Sea : Essays in Swedish Maritime Studies” can be bought online at Bokus, Adlibris and several other places.